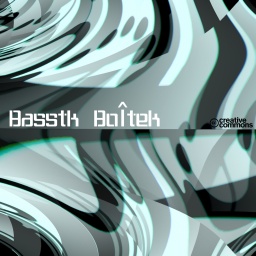 When Gozne had released Nomenklatura, it had begun. After that, he made La botica remixes and Tatsu joined to it. The connection between EPA Sonidos and Bump Foot continued : Tatsu was invited to two compilations : EPA Toasted (epa050) and EPA Frozen RMXS (epa060). This time, we featured two men behind EPA Sonidos. One of them, Basstk came to bump side, along with remixes. This EP has deep and dark atmosphere, although the remixes changed it a bit. There are video clips of Manila, one from live set, and another one for remix.